THE MAKING OF BALL TALK

A lot of people are loving my new online show ‘Ball Talk with Mayur Puri’ and they are curious to know how did it happen. How did I get the idea for the show etc. 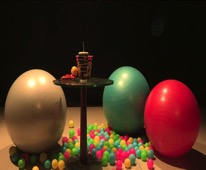 WHAT I THOUGHT OF CRITICISM

Ok. So here’s the thing. I never read reviews myself. If I have an opinion it will be mine and not borrowed. In fact, I never used to read any reviews before or after watching a movie at all. I was a literature student and during college also, the part I hated the most was the mandatory quotations from critics that we were expected to learn.

But in the last few years the world has changed drastically.
Never before in the history of mankind there was a time like this. Today people are not only exceedingly opinionated but they also have a plethora of channels to express and propagate those opinions. We are obsessed with ourselves and what we think. A million selfies get uploaded every minute. Ego surfing (googling your own name) is not considered a mental illness. The biggest threat to an artist today is not limited to someone merely disliking or badmouthing you but it is that you can actually get killed for drawing cartoons! 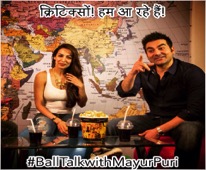 I’m not saying that art can be totally irresponsible and irreverent but excessive and personal nature of the attack that some critics carry out is totally unwarranted. Critics have now become so creative in their reviews that often there is little about the film itself on their reviews and a lot about their opinions on the makers or the actors. Ironically, the standards of critical appreciation have dropped but the reach has skyrocketed. People read reviews now, more than ever. This lead me to a belief that criticism has itself become a fine art of insult and since it is an art, like every other art form, criticism itself warrants criticism and scrutiny.

So my first idea was to make a show called – ‘Review Ka Review’ and just tear the critics point of view. This show was designed to be extremely pro filmmakers and we would insult the critics back just the way they tore apart the movies in their reviews.

Ritu Shri, who is also a writer friend, thought I had struck gold with this idea and she wanted to take it to a radio  network for syndication. I wrote a format of the show and bounced it to a couple of friends and filmmakers as well and I got prompt positive response. Farah Khan told me if I started it soon she’d definitely come to discuss HNY. ‘Kyunki apney review toh bakwas hi aaneywaley hain!’  Anurag Kashyap said: ‘Radio pe waste mat kar ye to TV show ka dhamaal idea hai!’

Then, we were sitting at Ritu’s house one day and in the excitement I got carried away and called Sajid-Farhad, the director-duo (their debut movie ‘Entertainment’ had just released to considerably bad reviews) whether they’d like to come for the show. They said yes, Ritu called a friend who had 3 cameras and we shot an episode, just like that, in Ritu’s house. It was badly lit (there were no lights), the sound was horrible and we were totally underprepared but still it was a lot of fun. We laughed throughout the making of it and I was really looking forward to show it as a ‘pilot’ episode to a few people.
But two days later Ritu showed me an edited version I was disappointed. 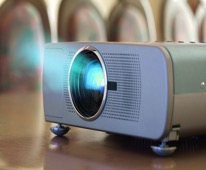 Apart from the technical glitches and me not being a ‘wonderful’ host, something major was not working. In trying to ‘get back’ at the critics, probably I had also become mean and vain like them. There was a huge issue with tonality of the show. So, I kind of dropped the idea from my head. Ritu kept trying to push the show to various people in marketing and production, even talked to some sponsors etc… But nothing really came out of it.
Then I got busy with release of Happy New Year. Ritu also took a break and traveled. In fact we kind of lost touch. A few months passed.

On a Friday, few weeks back, I was out on my evening walk over Lokhandwala back road and I bumped into my old friend, Sanjeev Kaul, who at one time was the illustrious Television Director of ‘Kyunki Saas Bhi Kabhi Bahu Thi’. 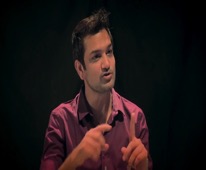 I told him about my idea of a show on film reviews and he jumped at it. Me and Sanjeev had formed a company called ‘Jointly Rolled Productions Pvt. Ltd.’ for alternate programming two years ago but we never produced anything. Sanjeev said this was an ideal show to launch our company. But where was the money? So we pitched it to Pradeep Prabhakar of OCA Productions Pvt. Ltd., a man who probably has the best work ethic in TV business.

Now, Pradeepji has blind faith in me and Sanjeev. This was gonna be a total money losing project. At least for a long time there was no money coming. Nevertheless, he decided to pursue it. I called up Swanand Kirkire to ask him if he and the director of Crazy Cukkad Family, Ritesh Menon, would like to be our first guests. It so happened that Ritesh was sitting with Swanand at the time and they promptly agreed to come on show. This was all happening too fast. (I had pitched the idea to Sanjeev less than 24 hours back). We decided to shoot the next day.
That’s when it hit me. 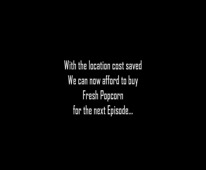 I didn’t really have a proper show format. ‘Review ka Review’ wouldn’t work. I was sure of that. So I wrote a new format called ‘In the Box’. The idea was almost the inversion of the earlier show and make it from the critics’ point of view – To corner the filmmaker with tough questions and literally put them inside a box and take away all the wiggle room.
My long time assistant and go-to-research girl Abha JaiPrakash made a presentation for that immediately. At least we had something new now.

I woke up at 9am and I panicked. We had to shoot at 4pm! Sanjeev had already organised camera, lights, sound and studio for the shoot. Earlier idea was to shoot in a movie theatre but that was not gonna be possible at such short notice. So I asked them to get black cloth to make a backdrop (an idea blatantly lifted from ‘Between Two Ferns’). Parmanand Kori, our EP asked me what I wanted for sitting arrangement. And I thought if the idea is to make them uncomfortable, why not make them sit on exercise Balls? I had one in my office and I asked Parmanand to buy 2 more. Then I said, might as well get small plastic balls to be kept around on the floor. The set up sounded nice but ‘In the Box’ wouldn’t go with it. By the time it was 2pm and my palpitations has doubled. There was no script! No format! I was to host a show in 2 hours and I was blanking out. I was living in a nightmare!

Then I started writing the opening stand up, which I wanted to do so that I could set the tone of the show. I wanted to simply talk about how we all think we are important and our time is so important and how stupid that is. I ended the stand up script with the line ‘I call this Ball Talk!’ 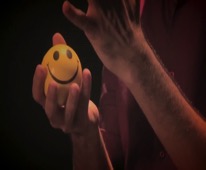 That was the epiphanic moment. I knew the show had to be called ‘Ball Talk with Mayur Puri’. And I also knew the tone of the show. I was not going to take sides. I was not going to be pro or against Filmmakers or critics. I was the audience and while I didn’t want to see tall talk about either the movie or it’s criticism I definitely wanted to see how ballsy people were on the show. And the biggest ballsy thing you can do is to take criticism on face. So basically this show was about ‘No tall talk, all ball talk’.

We started shooting at 4.30 and wrapped up at 8.30. Swanand rocked the episode. This time, I was sure, we had nailed it. And it was all done in 48 hours flat!

THE BALL IS ROLLING NOW…

As I’m shooting more episodes now, I’m realising what the show is about. It’s not for or against criticism. It’s about dealing with criticism healthily. That’s all.
Agree or disagree?
Do leave a comment.

Romance Reloaded with ‘If you hold my hand’